How Reasoning Together With Others can Produce Higher-order Thoughts: A Theory of Modularity of Meta-thinking

In this writing, I propose theory of meta-thinking which arises when a group of people think. To support this, I use the modularity of mind theory and attempt to transpose this onto a theory of modularity of meta-thinking. This idea proposes that in think tanks or thought groups people are synonymous to brain modules, and the ideas that come out of think tanks are synonymous to how consciousness emerges from the interrelation of the brain’s modules. In a sense, a form of meta-thinking is an emergent property of many people thinking together – and I show how to understand this through the idea of modularity of mind.

The body is a system of discrete parts we might deem modules that work in a complex interrelated way to give rise to “me“. I can be said to emerge from the collection of individual body parts or systems, but I am in no way any single part. Life can be thought of as an emergent phenomena of the body’s systems: brain as the control center, the circulatory system as the shipping lanes and trucks, the immune system as the security force, digestion as the resource gatherer, mitochondria the power plants, etc..

We can also apply this idea of emergence to the brain and consciousness. The brain is a collection of parts with different functions – and thoughts arise from those parts working together. The modularity of mind theory proposes that consciousness is an emergent phenomena of the interrelation of the brain’s modules and processes (Fodor, 1983; Segal 1996). This modularity of mind hypothesis proposes that the mind is made up of modules – discrete parts with unique functions – that when working together make up what we consider a mind.

Emergence can be thought of as a property that comes out of a collection of things that don’t possess that property. For instance, if we look at what makes up water – collections of H2O molecules – these are the fundamental constituents of water. But these are simply groups of two hydrogen atoms bound to an oxygen atom. Individual H2O molecules have vastly different properties from the splashy, wet, clear-blue, and liquid substance we know as water when many of them come together. The properties we experience of water are emergent properties that arise when we bring together many H2O molecules.

Consciousness can be thought of as an emergent property of brains. A good analogy of emergence for consciousness can be found in Leibniz’ thought experiment of a mill (Monadology, sec.17 (1714)). The idea is that if we go into a mill, we might see levers, machines, and other systems, but nothing that would resemble the perceptions, or consciousness it produces:

One is obliged to admit that perception and what depends upon it is inexplicable on mechanical principles, that is, by figures and motions. In imagining that there is a machine whose construction would enable it to think, to sense, and to have perception, one could conceive it enlarged while retaining the same proportions, so that one could enter into it, just like into a windmill. Supposing this, one should, when visiting within it, find only parts pushing one another, and never anything by which to explain a perception. Thus it is in the simple substance, and not in the composite or in the machine, that one must look for perception.

I interpret that he was suggesting towards emergent phenomena when he proposed this. Simply, he means that if we shrink down (or enlarge the brain large enough so we can go inside) and go into the brain’s physiology, we will never see perceptions or thoughts. Only nerves, tissues, synapses, etc.. This applies to consciousness too, as the brain produces consciousness but there’s no perceptible quantification of any “consciousness” in there.

In order to reach emergent or higher-order properties we must take multiple properties or modules together to produce more than the sum of its parts. When we take property A + property B + property C, we can derive property D which surpasses the ability of either alone and cannot be put together by mixing only two of those properties (only having properties A+B, B+C, C+A won’t produce property or process D).

A brain works through multiple modules and processes that give rise to the emergent consciousness, qualitative experiences, and choices we make. Within each brain, there’s multiple parts like our subconscious, our limbic emotional system, cognitive frontal lobe, memory, language, perceptual, and motor systems. Taken together, it gives rise to who we are and drives our conscious decisions. Multiple impulses work together under the surface to produce one conscious thought. 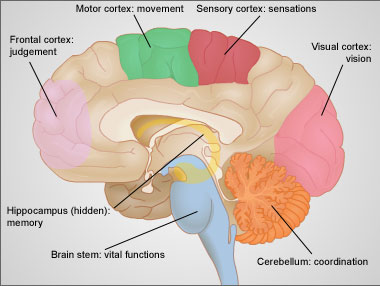 Now if we bring this into the context of leaders, thought, thought circles, or heads (those people that head a department – it’s called “head” for a reason); or further: societies, institutions, networks, groups, etc.. We can see a similar role of the thinkers and heads in decision-making processes. Institutions aren’t made up of a sole person or type of people, but of many different people with many different functions.

Each person has their unique character which stems from their experiences, memory, physiology, perception, and culture which produces an individual. The individual is able to produce unique thoughts, ideas, and actions. It’s important to note that corporations are seeing more and more the benefit of having a more diverse set of people in their ranks, who can contribute new and exciting ideas and functions.

If we think for a moment that people are interrelated systems, and each person’s systems are different in some way, this would allow each person to add together their unique systems to produce unique individuals. Taking this a step further, if we imagine for a moment each individual can be considered a unique component, each unique individual can be considered a module in the greater system of an institution, group, society, think-tank, or network. Individuals contribute uniquely to the thinking process. Together, these [thinking] people modules can give rise to emergent thoughts or processes that each individual cannot create alone. Like in the modularity of the brain, each specific module is discrete and has a particular function. In a higher-order thought process, people are these discrete modules with unique ideas (functions).

To put this idea into more clarity and perspective, brain systems interrelate to give rise to thinking individuals and collections of individuals which give rise to emergent thought systems. We take already emergent phenomena to produce more emergent phenomena in a sort of meta-emergent way. Just like the collection of H2O molecules make up water, the collection of thinking individuals make up more emergent thought systems. Since one person can produce only a specific colored range of thoughts, many people can produce an emergent property – let’s say this property is a meta-thought. It’s the emergence from previous emergence (emergent group thought from emergent single-person consciousness).

In a more applicable approach of this idea, we can understand this as follows. Let’s have Bob, Jack, Sally, Mitch, and Benjamin. Jack is a feeler he is in touch with his emotional intelligence, Sally is a cognitive thinker and is great at logical thinking, Mitch is an abstract thinker and thinks outside the box, Jack has high powers of perception, Benjamin can produce very practical ideas, and Bob can interrelate and link ideas easily. We can say that Sally is like a frontal lobe, Mitch like the subconscious, Jack is like a perceptual system, Benjamin like the motor system, and Bob like the thalamus. Together these 5 modules can produce an emergent thought system. For instance in an institution, Sally might propose that it’s essential that everyone needs to follow the policies, Mitch that the policies are impeding progress, Jack that people might be oppressed by the policies, and Benjamin that something needs to be changed immediately. Bob can then take these ideas and blend them together to make a process that very slightly bends the policies but they are still upheld. Neither person might have come up with the specific action plan alone. Within each person stirs the uniqueness of their character, emergent from their personal minds, which contribute together in the emergent thought when we reason together.

Here, I liken people to brain modules, but this is a rough comparison. People aren’t brain modules, they are people. But the comparison I try to show here is just like that of the brain – and the emergent consciousness – is a system of different parts (modules) coming together to produce new emergent processes, people are parts of a whole that give rise to emergent thinking processes.

It’s important that we seriously take into consideration multiple sources of input and thought groups as producing emergent ideas. As solitary thought units (single reasoning beings), we’re ourselves influenced by many things implicitly. When we reason and think, our subconscious plays a role in implicitly nudging us towards a thought pattern, or emotional system nudge us another way, our memory banks (long term and short term in both different ways) give us info towards our decisions. We don’t solely reason with our frontal lobes (our conscious reasoning) and we’re highly influenced by many aspects of info within ourselves. We’re influenced by invisible biases and can think a specific idea is clean cut, when it’s tainted with personal values.

Thinking an idea is not A –> B = thought but more along the lines of [(A+B)C^2]-D/E = thought, based on inputs from our different brain modules and systems. We constantly weigh values form our experience, social values, the environment, and other invisible processes. Many parts of the mind talk to each other in cross-talk:

” I’d really like that, it would feel nice, but if I do that than it’s not moral, and so and so wouldn’t like it. But then again if I instead do that… That would be moral and wouldn’t give the pleasure but fulfills my duty… But from experience isn’t the best option in modern society..”

In the case of the meta-thought idea expressed above, where people are considered modules, we just need to replace the variable letters with people instead of brain systems. [(Bob+Jack)Sally^2]-Mitch/Benjamin = meta-thought. We let the people become the emotional, subconscious, memory system, etc.. Realistically people won’t exactly be those discrete parts, as people aren’t really exactly like brain modules, but the idea is that the general process of thought groups have multiple inputs from different discrete parties.

The leadership body is like a human body. If only one part of the brain makes the body take action, then it’s reactive and animalistic. You need to take time to go over what the different parts say before taking action. That’s what being a wise and civilised human is all about, carefully weighing options from many different perspectives and not jumping to action from the first impulse we receive. This is why many people together implementing ideas is important, and it’s important for each part to function together seamlessly and to have input in all ideas. Diversity and taking input from everyone can also help prevent bias and unrepresentative ideas.

To be a critical thinker and a wise thinker, it’s important to take into consideration everyone’s input and treat them like a specific piece to the puzzle. I do this in my workplace when I reason ideas solo – I always put it forth to the other leadership so it steeps in more than one person. Then I take all that input and feed it together. Workplaces reason higher-order ideas when many people come together, these things can’t be done alone. Greater things can come out of single inputs to create emergent thoughts, ideas, and implementations. It’s important to have diversity within groups, as if we have all the same modules then we will fail to produce the beautiful emergent processes that can arise. E.g. If our brains were only made up of just limbic systems, we’d be a lot more like animals.